Moderator Johanne Sloan opened the session by acknowledging that while the title Research / Creation / Institution suggested a broad area of activity, the concept of the archive was also crucial for the development and dissemination of art historical knowledge, as discussed in this session.

Sherry Farrell Racette identified the main challenge she confronts in her work as the “appalling lack of documentation of contemporary Indigenous artists, their work and their exhibitions.” Farrell Racette pointed out that the causes for this dearth of documentation are many and complex, but she identified two key factors. First, Aboriginal artists’ work was until quite recently exhibited primarily in underfunded artist-run and regional centres that lacked the resources to support documentation, critical writing and publications. Second, articles and images previously available online have disappeared as some websites lose project funding, change servers or become technically obsolete. In the face of this urgent situation, she posed the question to all present, “can history exist without an archive?”

The challenges she and her colleagues confront in their work are compounded by the recent disappearance of important online resources. To illustrate the vulnerability of web-based documents, Farrell Racette cited two cases in point: the loss of Ahasiw Maskegon Iskwew’s seminal net.art site Speaking the Language of Spiders (1997) that disappeared when the Storm Spirits project web-hosting was disrupted; and the proceedings of a 2007 symposium comprising critical writing about, and interventions from, artist Daphne Odjig.1 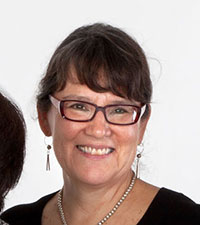 Sherry Farrell Racette: “Can history exist without an archive?” The current difficulty in accessing documentation of contemporary Aboriginal art practices, Farrell Racette advised, must be confronted with acts of retrieval and preservation, or through the development of what Sloan later called “an archival consciousness.”2 Aboriginal exhibition histories, Farrell Racette explained, “will require recording and transcribing oral histories to fill the gaps where no written or photographic documentation exists.” Farrell Racette also highlighted the necessity of retrieving valuable and now defunct web resources, many of which were produced in the 1990s and early 2000s with short-term, project-based funding.3 Given the vulnerability of rapidly outmoded technologies and unstable financing for web-based projects, Farrell Racette indicated that a multi-modal approach is necessary: all information must exist digitally and in a material form accessible to researchers.

Recent social media–based projects such as Tannis Nielson’s project Indigenizing Theory, which includes the last discussion with Joane Cardinal-Schubert, and the Walking with our Sisters collaborative art project by Christi Belcourt, were described by Farrell Racette as important resources which use digital media and create discursive spaces for Aboriginal art and culture. As she praised these online projects, she also questioned their sustainability within the murky definition of copyright inherent in Facebook membership.4

Farrell Racette’s current SSHRC Insight Grant is devoted to addressing these challenges through a multi-partner pilot project. Under the auspices of the grant, the Aboriginal Curatorial Collective (ACC) will update their website’s bibliography and assure working links to all references. The Winnipeg gallery Urban Shaman’s contribution will be a “more extensive community history project focused on retrieving and in some cases re-constructing exhibition histories from institutional documents and interviews with community members.” Her own research project, she stated, responds to her concern that research about contemporary Aboriginal art is being undertaken without acknowledgement of the social and political context in which it was created. Farrell Racette described her project as a “digital storefront” about Aboriginal art in Winnipeg in the 1970s. While the format of the project is not yet defined, she is laying the groundwork for an online discursive space which could include documentation (photo, video and text) as well as interviews and critical writing. She mentioned the web project Ruins in Process, Vancouver Art in the 1960s as a pertinent Canadian model to consider during the development phase.5 Details on how the Vancouver partners assure sustained financing, navigate long-term copyright negotiations, and preserve access to these records were not discussed, but would be useful information to access for future Knowledge and Networks meetings.

In conclusion, Farrell Racette reiterated concerns voiced in the Publication and Education sessions, namely: the absence of close, material object study due to the screen-based nature of virtual collections; and the de-contextualization of objects and images in digital online collections. The risks inherent in digitizing photographic images without systematic selection criteria were outlined in an exchange between Farrell Racette and Martha Langford. Both expressed concerns about on-demand digitization of photographs from albums or photographic series web-posted without their respective ‘wholes’ in response to researcher requests. They also discussed photographs with inscriptions on the verso, web-posted without acknowledgment of the textual information.6 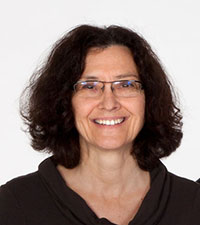 Thériault outlined the development of the Traffic exhibition as a means of exploring the use of archival sources. She stated that while Traffic comprises copious amounts of textual, photographic and video documentation, much of this material, particularly for the Quebec contribution, was not available in digital form but rather embedded in artists’ archives and oral histories. Thériault’s work on this exhibition indicates that even though there is much discussion of the use of digital media resources, for a period as recent as the 1960s, art historical research is still primarily reliant on traditional methodologies of research in paper archives, museum collections, studio visits, interviews, and newspapers of the period.

Thériault identified the Leonard & Bina Ellen Gallery’s website as being perhaps a better place in which to gauge the impact of digital resources on the Traffic project. Images, videos, bibliographies, curatorial statements and theoretical texts related to the exhibition are now posted on the gallery’s website, a process she described as “leaving traces of the work we do in an effort to create a discursive space, and document the history of a university gallery.” Thériault believes this attention to making art historical information available on a research-based site distinguishes the use of digital media in a university gallery from a museum site which, she remarked, is primarily focused on the promotion of current programming.

While Thériault views online access to information about exhibitions, public programs and curatorial writing as one of the primary responsibilities of a university gallery, she also described the pressure small galleries experience when funding bodies demand increased inventiveness without considering what this additional work means in a small organization. She estimated that the work hours on the gallery website have increased three-fold in the last ten years; an increase difficult for the gallery to support from a human resources perspective. Thériault also expressed concern for galleries that cannot provide digital access to the full breadth of their work due to limited resources. She claimed the digital economy has created a divide between ‘have’ and ‘have-not’ institutions and shared Farrell Racette’s worry about the underfunding and short-term outlook of project-based digital initiatives.

The ‘digitization hierarchy’ described by Thériault resonated with Sherry Farrell Racette’s question, “who gets digitized and who doesn’t?” and concerns expressed by Anne Whitelaw about how decisions are made to determine what becomes digitized and what doesn’t. Whitelaw described both her excitement at finding uncatalogued museum archives, and the worry that certain information related to institutional histories would be overlooked and not digitized. Where, she asked, “would we situate the work of women’s volunteer groups within a digitized version of a museum’s archives?” Based on her own research in the of Art Gallery of Alberta archives (formerly the Edmonton Art Gallery), Whitelaw expressed worry that the act of digitization for many institutions remains an ad-hoc, project-based process without protocols and asked “do we digitize the ‘important’ stuff and then worry about the ‘other’ stuff later? And who decides what is important?”

Thériault extended the discussion of how and why objects become digitized and/or web-based material by questioning the production of online exhibitions: a topic that echoed Racette’s lament regarding the flattening of screen-based media versus the material experience of objects. Thériault refused to consider virtual exhibitions as being necessarily progressive: gallery-based and online exhibitions are simply different, she stated, one medium does not replace the other. As a case in point, she referred to the Ellen Gallery’s online exhibition Collecting. Inflections on a Practice, which explores the history of collecting practices in relation to the Gallery’s own history. This project, which was initially a gallery-based exhibition, Thériault noted, lent itself to an online manifestation: it did not require an extended, physical viewing space because the focus of the exhibition was not on the experience of the object as such but more in its context of acquisition.7

Are we sharing information?

In her presentation, Thériault took a critical position regarding the utopia of accessibility prophesied within the digital economy in the 1990s resulting in a greater accessibility but an increasingly paid one. She pointed out for example, that Canadian museums are increasingly focused on image reproduction as a revenue stream, rather than a research service. She also stated that the financial costs of using images from Canadian museums runs counter to the implied accessibility promoted by these institutions.8

Thériault further confronted the myth of accessibility to information through a discussion of e-flux, an art information dissemination hub and journal, which melds together and circulates advertising and critical texts through a popular listserv, despite claiming to be counter-hegemonic. Thériault’s concern about the control of information and the de facto authoritative stance taken by e-flux was vigorously supported by John O’Brian. Thériault’s most pressing concern with e-flux is found in a letter addressed to listserv members asking them to support e-flux’s bid to develop and manage the top-level domain name, .art, which in the future will be appended to all web addresses containing information on art. Within this letter, e-flux is self-described as an “independent, artist-run” organization.9 Thériault pondered, “From whom is e-flux independent? Who runs this organization? If the .art domain is purchased, who decides what is included and excluded and who owns this information?” These urgent ‘big brother’ questions brought Thériault’s presentation to a close, and while specific to gallery curating, clearly also echoed concerns about inclusion and exclusion, access and control, raised during the Education, Publishing, and Closing sessions.

During the wide-ranging discussion that followed these presentations, Bill Kirby shared some historical notes from the development of the CCCA Canadian Art Database and emphasized the importance of artist involvement and copyright ownership of images. The new home for this site at the Jarislowsky Institute, he said, would offer stability for the online database, and most importantly, the opportunity for it to be activated by student projects, including the CCCA Annex, currently in development with Loren Lerner and her MA students.

Sylvie Gilbert described recent developments at Artexte: a library which holds a significant collection of art documentation and authoritative resources on contemporary art relevant to the Canadian context. Gilbert explained that the move to a larger space in a new art complex allowed them to develop a more extensive researcher-in residence programme, as well as a small gallery space to present curatorial projects and new works related to the collection. Counter to concerns raised during the Education session about the lack of opportunities for students to conduct research in ‘brick-and-mortar’ archives, Gilbert confirmed an increase in students, independent researchers and practicing artists using the textual archives since Artexte’s relocation in 2012.